If you were glued to your TV last week watching the Democratic Convention like me, you were watching history being rewritten.

The line up of speakers – both professional political speaker and everyday people – and entertainers was impressive. Michelle Obama set the bar high with her eloquent take on what’s happening.

I am not a political junkie but each night I wanted to know what the next and the next person would say. Would they stay positive? At last, Hillary came out to accept the nomination, to tell us more about what makes her tick, what drives her passion, and her vision for the future of America.

As I reflect on the convention, I am proud of how everyone addressed the ‘elephant in the room.’ While many were passionate, no one was nasty or snarky or stooped down to the level represented by the GOP’s convention. Instead, they built a solid case that I hope will awaken any doubters to the BEST choice (imho) for our country’s highest good. Instead, they took the high road and I know I wasn’t the only one who shed a few tears.

Yes, we have a way to go before we can say that as Democrats, as Americans, we truly live up to our Declaration of Independence and Constitution, but that doesn’t make this country bad or wrong. No. We’re great because we keep breaking ceilings, seeing our problems and we do something. We do it through a democratic system. It’s a system created to self-correct unlike any other in the world.

I say this as a first generation descendent of an immigrant from China. I’ve studied the over five thousand year history of China’s rulers and have witnessed its new era of a communistic way of life. My take away from China’s past and present is that it is important to the viability of a nation to learn the lessons from the past. As Einstein said, 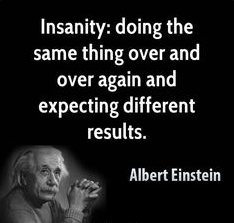 I believe Hillary Clinton has learned a lot in her years in politics and through her trials and tribulations, but just in case there’s any doubt who I’m voting for, I created a bumper sticker and I’ve booked my rooms for the inauguration. I want to be there to watch the United States making history.