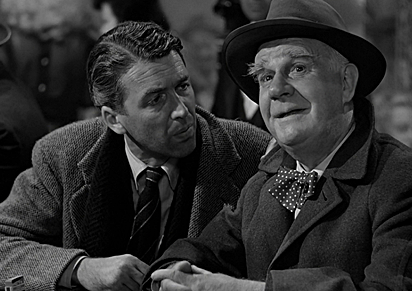 Although I am not into rituals, there is one that I observe faithfully every Christmas.  I watch my favorite movie, It’s a Wonderful Life. Maybe I relate to the main character, George, who experienced one set back after another as he reached for his goals in life.  He did his best with the hand he was dealt, but a turn of events brought him to the brink and to the side of a bridge where he contemplated jumping off.

The movie pans to an etheric scene where a bumbling character, Clarence, is given an assignment to save George.  Clarence will receive his angel wings if he is successful.

If Charles Dickens’ Christmas Carol is a story about a rich man who discovers how poor he is without meaningful connections with the people in his life, It’s a Wonderful Life is a story about a man who thought he was poor but who discovered how rich he truly was because of all the people his life touched.  I laugh and I cry and, like George, I am reminded that it is, indeed, a wonderful life.

Like George, sometimes, I had to be reminded that I do indeed touch the lives of others.  Sometimes, that reminder is a two-way street – a message given that boomerangs back to me.  Such was the case when I helped my friend, Peter, understand the “chi” of his apartment.  Peter expressed an interest in Feng Shui and asked if I would help him apply the principles of Feng Shui to his apartment.  He made tea while I walked through the space to read the energy.  When I walked into the kitchen, I felt something that did not feel like the energy I read using the Ba Gua.  It was as if I had bumped into something.  Energies talk to me – even energies from objects most people consider to be inanimate, but the energy I sensed so strongly remained silent.

I moved on knowing that if it was meant to be it would eventually speak up.  My analysis throughout the rest of the apartment was effortless.  I did not know Peter well but as I did the reading of his apartment, I sensed a feeling of familiarity that comes from a reunion with someone I knew before, in a previous life.  I did not know Peter’s spiritual beliefs so I did not share this tidbit with him.  As I circled back to the kitchen, I attempted to zero in on the frequency of the energy I felt earlier.  I knew the energy I bumped into was a spirit, but I did not know how Peter would react to ghosts in his home.  The ghost seemed friendly and he seemed eager to say something to Peter.  His energy was warm which indicated to me that he was a higher vibration.  I closed my eyes, took a deep cleansing breath and trusted what was about to happen would be for the best.  Everything went black and I felt like I was floating in deep space.  Then, words came out of my mouth, but my voice was different.

“Remember the movie It’s a Wonderful Life?  Peter, you are like George.  You touch many people’s lives.  Never forget that.”

When I opened my eyes, Peter and I were both teary.  Then, Peter told me about his very close friend who died several years ago.   Both men believed that life goes on and they made a pact.  Peter asked his friend, “Will you be my Clarence?”  We both knew Peter’s Clarence was with us in that moment and that he wanted us both to see how much we touch the lives of those around us.

Peter’s Clarence reaffirmed a message that we all too often forgot, but he also affirmed to us that life goes on even if we do not understand how or what it looks like.

It’s been many years since that first meeting with Peter’s Clarence.  Peter moved on, but we keep in touch.  A reunion with Peter reminded me that there are Clarences all around us and that it is a wonderful life.

Merry Christmas, Peter, and all the Clarences in our lives!